Please note that these shows are inside in the intimate Studio.   The venue has ventilation and all Covid secure guidelines in place. Learn more here

See details of our shows at the Lighthouse Poole's Centre for the Arts. Coastal Comedy Are  winners of the Prestige award for Best Comedy Club in the Southwest 21/22, Offering the very best in stand-up talent.Come and enjoy a top night of live entertainment with 3 fantastic acts and host.

Get some festive funny with a night at our popular resident comedy club who have another 3 fantastic acts for you including Matt Richardson up close and personal in the intimate studio.

You will recognise Matt from:
Roast Battles on Comedy Central
The Xtra Factor (ITV)
Celebrity Juice (ITV) and many many more!

Our headliner Matt Richardson is a multi-award winning stand-up comedian and one of the most exciting names on the circuit currently rising through the ranks. Having started stand-up in 2009 at just 18 years old he soon made it through to the finals of two national stand-up competitions – the prestigious So You Think You’re Funny and the Chortle Student Comedy Award.

Since then Matt has firmly established himself as one of the UK’s most exciting young performers and presenters – hosting the drive-time show on Virgin Radio. His TV credits include co-hosting the Xtra Factor and I’m a Celebrity Get Me out of here Now to name a few. Come and see him live in our beautiful venue.

‘Hilarious and Charming’ The Mirror

Opening the show is Gareth Richards, as seen on Russell Howard’s Good News (BBC2)
Live at the Electric (BBC3) and heard live on Radio 1!

Gareth has also co-hosted Frank Skinner’s Sony award-winning Absolute Radio show for two years and supported Frank on his recent tour. His hilarious stand-up, silly jokes and gorgeously low-key comedy songs have made him an instant favourite on the comedy circuit.

“A delightful hour of comedy” The Guardian

Plus rising star Ola Labib who is known for her infectious charm, edgy comedy material and wry humour. Being the only Black, Muslim, female, Sudanese comedian currently performing in the UK she has already gained serious ground on the circuit and has no intention of slowing down and we look forward to welcoming her to Coastal Comedy.

This special show is kindly sponsored by Turners Property, and hosted by local comedian Adrienne Coles and is not to be missed if you like laughing.

Please note that acts may change due to TV Commitments. Show starts at 8:00pm 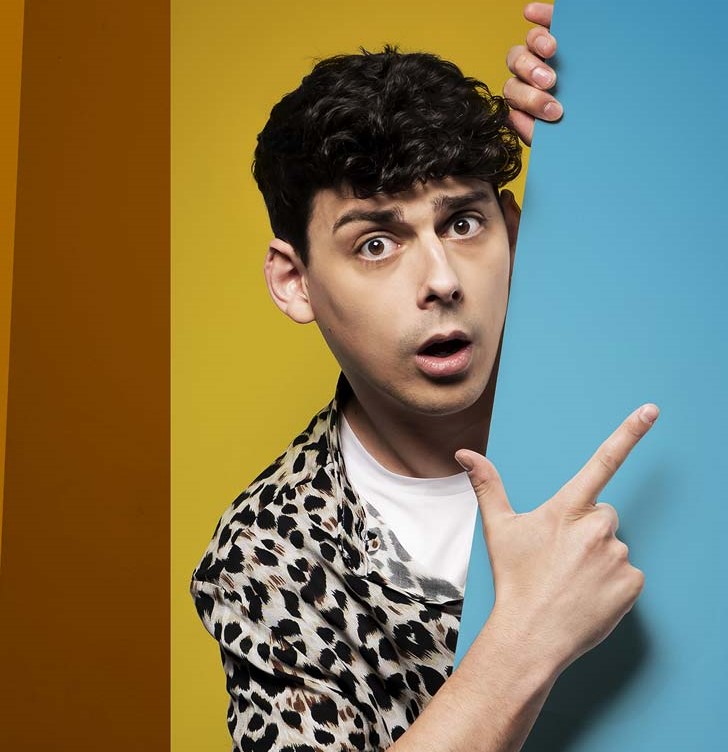 Get to see some of the stars of the circuit up close and personal in our beautifully intimate studio at the Lighthouse, brought to you by our resident club award winning Coastal Comedy. A top night of live stand-up with 3 fantastic acts and host.

Our headline act this month is Mark Simmons. As seen on:

BBC3’s One For The Road
Mock the Week (BBC2)

Mark is an exceptional one-liner comedian. It won him a place in Dave’s prestigious Best Joke of The Fringe at the Edinburgh Festival.

He has supported Seann Walsh, Rob Beckett and Rob Brydon on their national tours, as well as one off shows supporting Michael McIntyre, Sean Lock and Jack Dee and you can see him live at Lighthouse Poole!

Alex Kealy is opening the show. Alex is a stand-up comedian who mixes smart political material with self-deprecation and relatable observations. In his first year of performing, he reached the final of the prestigious So You Think You’re Funny​ competition and is now a “rising star of the British stand-up scene” (The List).

Plus Dinesh Nathan winner of South Coast Comedian of the year 2019!

“Nathan is a class act”– CHORTLE

Don’t miss this uplifting and hilarious night out that won’t break the bank. Sponsored by Turners Property and United Taxi’s. The show is hosted by local comic Adrienne Coles from award winning Coastal Comedy – see you there!

Please note that acts may change due to TV Commitments. Show starts at 8:00pm 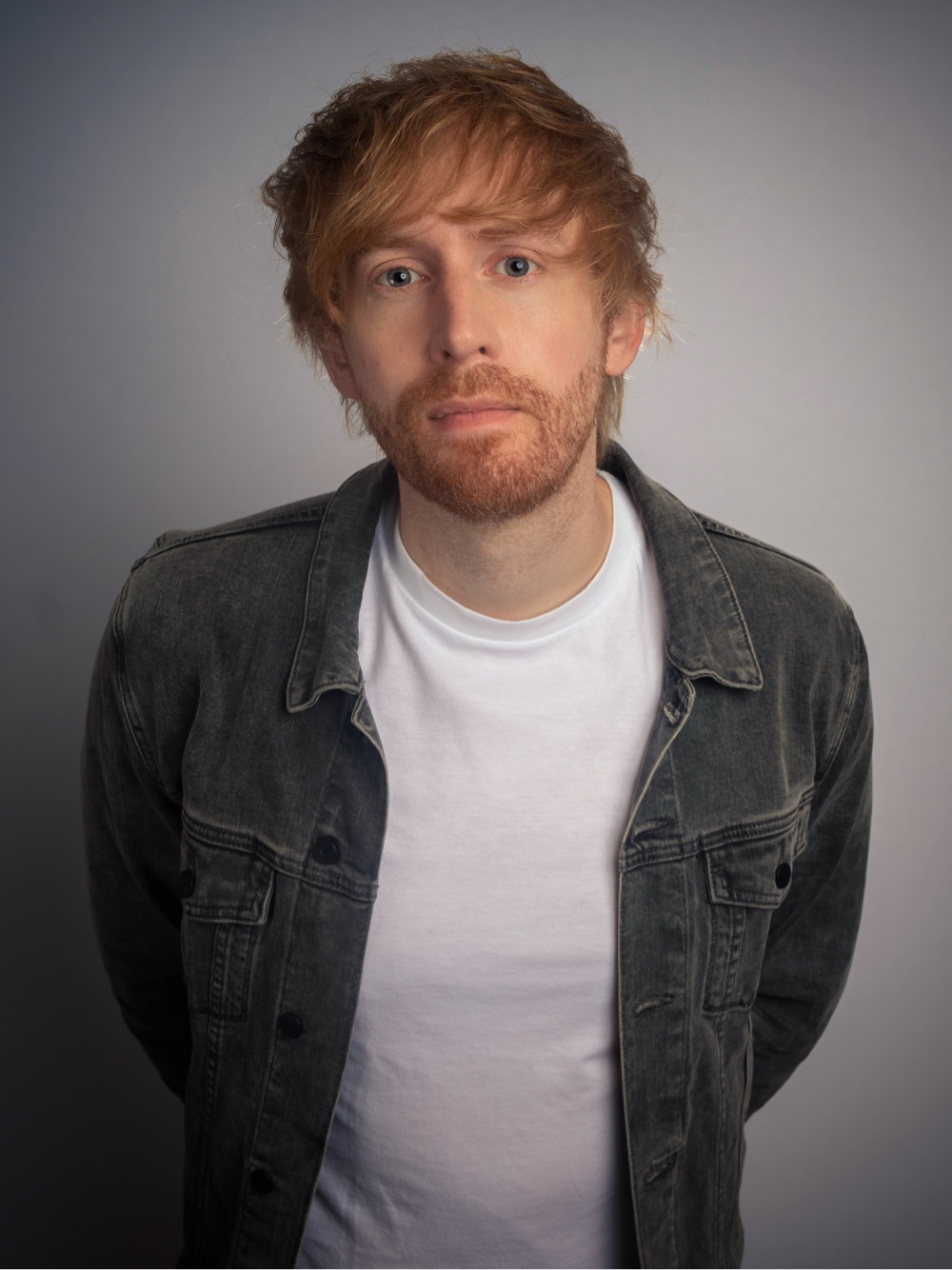 Come and enjoy a top night of live stand-up comedy with 3 hilarious acts plus host up close and personal in our beautifully intimate studio at the Lighthouse, brought to you by our resident club, award winning Coastal Comedy.

This month we are very excited to welcome Keith Farnan to close the show!
Keith is as seen on Michael McIntyre’s Comedy Roadshow and many more!
“Brilliant, thought-provoking and laugh out loud funny” TIME OUT

“Artful, satirical…with a lightness of touch and a hefty helping of roguish Celtic charm” THE SUNDAY TIMES

Keith Farnan is an internationally renowned Irish comedian who has appeared on Michael McIntyre’s Comedy Roadshow, Montreal’s Just for Laughs, Showtime’s Live from Amsterdam as well as hosting Money, Money, Money, his own stand-up show! Keith performs with his unique style in comedy venues across the world and we cannot wait to give him the Coastal Comedy welcome.

Opening the show is Michael May who is one of the most exciting new comedians on the UK circuit. His unique take on the world and warm and open style is a hit with audiences everywhere and we look forward to giving him the Coastal Comedy welcome.

Plus Daniel Edison who has been part of the BBC new Comedy awards. With one-liners and clever wordplay in abundance, Daniel is prolific joke writer. Some are silly, some are surreal and some have gone viral on twitter.

"Excellent new comic... Much better than I was when I was at his stage" Romesh Ranganathan

Don’t miss this uplifting and hilarious night out that won’t break the bank. Sponsored by Turners Property and United Taxis. The show is hosted by local comic Adrienne Coles from award winning Coastal Comedy – see you there!

Advance tickets including booking fee are £18 (£23 on the door) from the Box Office on: 01202 280000 or online www.lighthousepoole.co.uk
Please note that acts may change due to TV Commitments. Show starts at 8:00pm 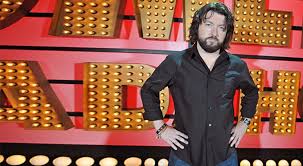 Over 18s only. Please note that acts may change due to TV Commitments.
Show starts at 8:00pm.  The Lighthouse 21 Kingland Rd, Poole BH15 1UG  www.lighthousepoole.co.uk

Please note that these shows are inside in the intimate Studio.  The venue has ventilation and all Covid secure guidelines in place. Learn more here